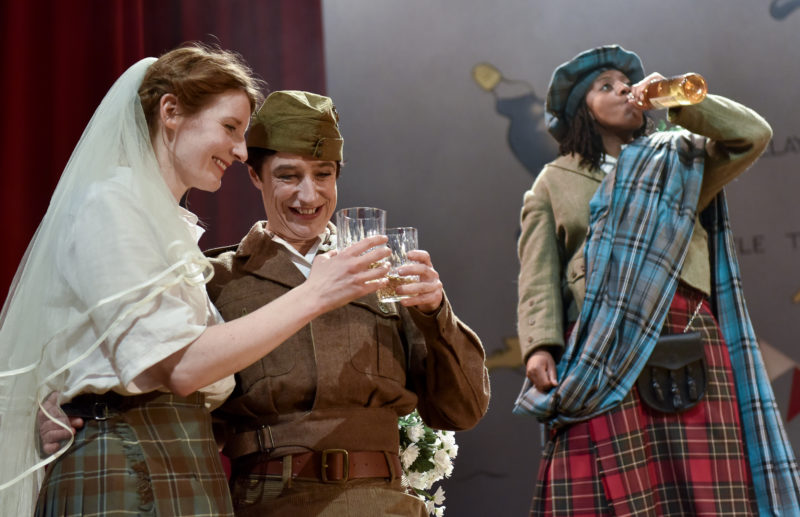 A co-production between the New Vic Theatre, Hull Truck and Oldham Coliseum, Lila played five characters in a new all female version of the Compton Mackenzie classic, Whisky Galore.

The islanders of Great and Little Todday are dismayed to find their whisky supply dwindling as the government diverts the precious stuff to the Americans. Relief seems to be at hand when a 50,000 bottle cargo shipwrecks close by, until stuffy Paul Waggot takes it upon himself to prevent them taking advantage of their good fortune.

This hilarious adaptation of Compton Mackenzie’s classic introduces us to the fictional Pallas Players, a group of strong women dedicated to the adventure of touring theatre. I, along with a packed house, never stopped laughing for two hours. I couldn’t fault a thing with this production. Ladies and “gents”, you were magnificent. (North West End)  ★★★★★

Seven dynamic and versatile actors play as many as five characters each in an acting masterclass of the highest level. Never at any point does the cast switch off, making room for some tremendously funny moments. A thoroughly entertaining show. (atthetheatre.co.uk) ★★★★